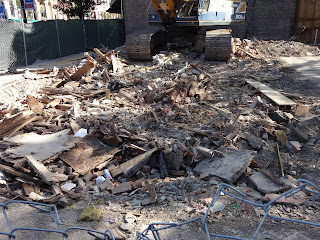 The above is an excerpt taken from Part 2 of Joel Munsell's The Albany Annual Register for 1849-1850 which, according to the description on its title page, served not only as a city directory, but also contained "contributions to the history and antiquities of the city and other matters of interests."  Among other things, the volume contains lists of 18th-century Dutch Reformed Church burials, a biographical sketch of General Philip Schuyler, various statistics relating to city commerce, an account of the China voyage of the sloop Experiment, engravings of notable houses already demolished at the time of printing, and this reminiscence  about the execution of Tories during the Revolutionary War.
Posted by Paula Lemire at 8:32 PM No comments: 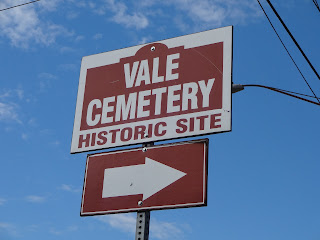 A photo essay from the historic Vale Cemetery in nearby Schenectady.

There will be more local-themed content at this new site in the coming months.
Posted by Paula Lemire at 10:46 AM No comments:

The Neighborhood The Disappeard

When the Empire State Plaza was constructed, acres of downtown Albany were razed to make way for the massive marble and glass towers which crown a cliff-like platform.  The demolished acres included scores of houses and businesses, many of them part of the city's Italian-American community.

A documentary is now in the works to tell the story of the neighborhood destroyed to make way for the Plaza and a fundraiser is underway on Kickstarter to help fund the project.

"Historians ask if Albany’s transformation was a natural evolution of its ethnic center or a sterilization of the city’s cultural essence. Did neighborhood residents that endured the Great Depression and the trenches of World War Two deserve this disregard? When Albany’s political bosses were outmatched by a billionaire governor, they sold the South End for some pieces of silver. "

If you'd like to donate to the project, please see their Kickstarter page.

The Neighborhood The Disappeared
Posted by Paula Lemire at 2:05 PM No comments:

There is some news today that $4,000 has been earmarked in the State Budget for the reburial of the skeletons found near the Schuyler Flatts.  See more at the Church Grounds Project blog.


Posted by Paula Lemire at 1:18 PM No comments: 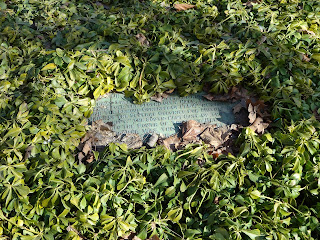 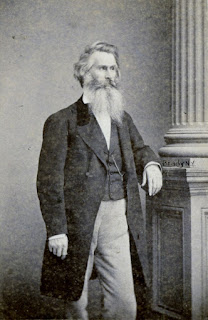 On March 10, 1904, the New York Times published the obituary of Erastus Dow Palmer, referring to the long-time resident of Albany as "one of the pioneers of American sculpture."

He was born in Pompey, New York on April 2, 1817.  The son of a farmer, he learned to carve wood at an early age.  In addition to helping cut axe handles and other utilitarian tools, he also is said to have carved toy horses, windmills, and even made a little fiddle from a cigar box.

As a young man, he moved to East Aurora (near Buffalo) to work as a carpenter.  While living in East Aurora, he married, but illness claimed both his wife and infant son.  Shortly after this double loss, he relocated to Utica where he continued as a carpenter and woodcarver.  In 1843, he married Mary Jane Seaman.

Having seen illustrations of cameos in the home of a client, Palmer was inspired to cut a cameo of his wife using an oyster shell and the smallest of his carpentry tools.  He showed the finished piece to a local lawyer for whom Palmer had done work.  The lawyer was very impressed by Palmer's work and immediately lent him books with engravings of famous artwork, provided him with letters of recommendation to a number of prominent artists of the era, and strongly encouraged Palmer to pursue a career as a sculptor.

That career began with a series of portrait cameos, mainly of prominent Utica residents.  However, Palmer found that working on such a small scale was straining his eyesight.  He began producing larger reliefs in marble.  One early work is the allegory of Faith which hangs in St. Peter's Episcopal Church in downtown Albany and is shown below. 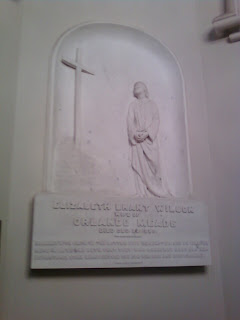 He would move from reliefs such as the Spirit's Flight (shown below) and a haunting image of the poet Sappho to busts (including likenesses of Washington Irving, Erastus Corning, and Henry Burden) and, eventually full length-statues such as the White Captive and The Indian Girl.  Later in his career, he produced sculptures in bronze such as the bust of Doctor James Armsby in Washington Park and the statue of Robert Livingston in the U.S. Capitol's Statuary Hall (with a copy in New York State Capitol.) 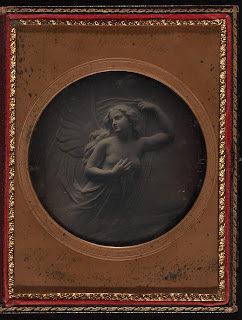 Early his career, Palmer relocated to Albany, a larger city that would provide him with many opportunities for commissions.  His home and studio still stand just north of City Hall on Columbia Place.  He later moved to nearby Lafayette Street (since demolished to make way for the park of the same name) and to a farm in Glenmont which he named Appledale.  He maintained close friendships with a number of contemporary artists including Frederick Church (a pair of reliefs by Palmer hang at Church's Olana) and Asa Twitchell.  Palmer would often spend time with the latter at Lawson Annesley's gallery and art store on North Pearl Street.

Palmer died at the age of eighty-six on March 9, 1904 and was buried in the Albany Rural Cemetery.

A number of Palmer's works are on display in a permanent gallery at the Albany Institute of History & Art.  This exhibit includes the previously mentioned Sappho, Peace In Bondage (an allegory created during the Civil War), First Sorrow (a full length-figure of a little girl holding an empty nest), as well as plaster casts of the Indian Girl and The White Captive (the original pair of marbles is on display at the Metropolitan Museum of Art).  The centerpiece of the AIHA exhibit is the plaster cast of his masterpiece, the Angel At The Sepulchre.  A vivid portrait of Palmer by Charles Loring Elliott is also on display, as well as a painting of Palmer at work in his studio, surrounded by apprentices (including Charles Caverley) and many recognizable works. 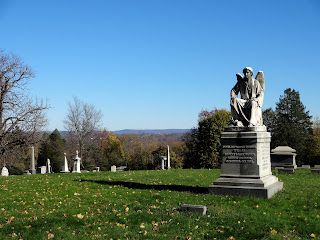 The Angel is one of ten monuments Palmer created for the Albany Rural Cemetery, including Grief, Remembrance, portrait medallions of Thomas Olcott, Lewis Benedict, and Benjamin Knower, as well as the granite headstone of Governor William Marcy.  A pair of reliefs representing Morning and Evening were incorporated into Palmer's own monument by architect Marcus T. Reynolds. 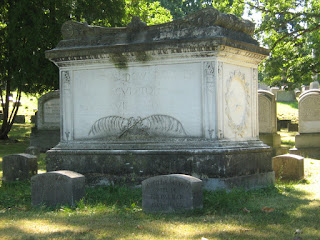 Grave of Erastus Palmer at the Albany Rural Cemetery 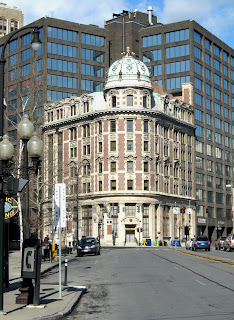 Crowned with a dome, this ornate building at the northwest corner of State Street and Broadway was the work of Marcus T. Reynolds.

Reynolds, one of Albany's best-known and prolific architects was commissioned to design the building for the Albany Trust Company in 1902 (the bank itself had been founded only two years earlier).

The building, described as being in a Beaux-Arts Northern Renaissance style, is heavily ornamented with graceful female heads above the windows, eagles which encircle the dome, and a golden orb.  It also has a nod to history with a relief of the North River Steamboat over a door on the Broadway side, though this was a later addition.  The main banking room inside was circular in keeping with the curves lines of the exterior design.

As newer buildings replaced many of Albany's older structures, this handsome building was a fortunate survivor as modern construction was designed to surround it instead of demolishing it.

For a look an another round-cornered building that stood on the same site prior to the Albany Trust Company, click here.

Posted by Paula Lemire at 3:34 PM No comments: