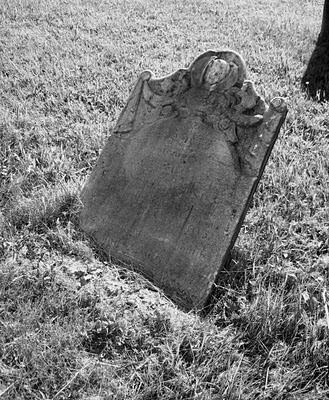 And still more Albany ghost stores.
Posted by Paula Lemire at 8:56 AM 4 comments: 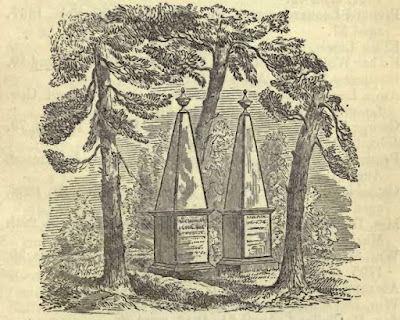 Above - An engraving from Joel Munsell's "Annals of Albany" showing monuments in the State Street Burying Grounds.


Click here for a more in-depth exploration of the State Street Burying Grounds and the Church Grounds.
Before the Albany Rural Cemetery was established, the City's primary burial ground was located at the present site of Washington Park.

The State Street Burying Ground, founded in 1800 as an alternative to the overcrowded churchyards and private family graveyards, was located at the present park's northeast corner. Enclosed by a ten-foot high wooden fence, the grounds were divided into four large section for various churches, as well as an area set aside for strangers, African-Americans, and deceased persons not associated with any religious congregations. Graves from a number of smaller burial grounds were relocated here as progress encroached on downtown churchyards, raising the real estate value of land previously dedicated to the dead.

Within a few decades, however, the State Street Burying Ground was already in serious decline. The high mortality rate of the early 19th-century, combined with epidemics such as an 1832 cholera outbreak, had resulted in a badly overcrowded graveyard. The fence had suffered from neglect and vandalism, livestock wandered freely among graves, headstones were stolen or damaged, and immigrant gangs used the forlorn spot for violent brawls.

After the opening of the Rural Cemetery in 1844, the State Street Burying Grounds' condition became so pitiful that it was deemed "in the highest decree discreditable to the city authorities and the churches interested." A future Superintendent of Albany's parks later recalled that there was "a mouldy and neglected air about the place."

In 1866, Albany's Common Council addressed the matter of the Burying Grounds and passed a resolution to close it. All graves in it would be removed to the Rural Cemetery and reburied in a special lot set aside for that purpose. Before removal, "competent persons" would be engaged to copy all inscriptions from the monuments. A complete list of these inscriptions - which range from merely initials or first names to short epitaphs - would later be published along with a complete copy of the Common Council's resolution.

Permission was sought from and granted by the various congregations with sections in the State Street Burying Grounds for the transfer of the graves at the City's expense. The total cost to copy the inscriptions, exhume the remains, provide new coffins, remove all headstones, and transport the coffins and monuments out to the Rural Cemetery was about $45,000. 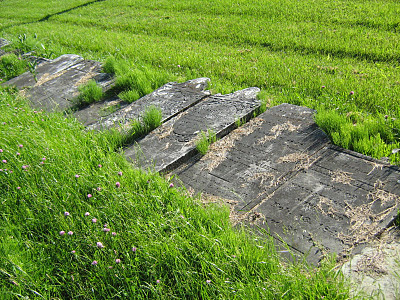 Above: A rows of headstones in the Church Grounds section of the Albany Rural Cemetery
The graves were moved to a section of the Rural Cemetery now known as the Church Grounds. Because it was difficult to match each headstone with its original coffin (and because some graves lacked headstones entirely), the markers were laid out in flat rows over the field. These monuments range from simple slabs bearing only names and dates to more elaborately carved stones featuring willow trees, angels bearing trumpets, to winged cherubs heads or skulls. 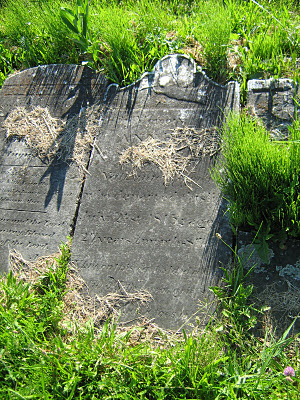 Above: An old headstone with a folksy carved angel in the Church Grounds at the Rural Cemetery.
In 1868, the land formerly occupied by the State Street Burying Ground became part of the newly created Washington Park, which remains one of Albany's most popular outdoor spaces.

The Church Grounds remain one of the most fascinating sections of the Rural Cemetery. Notable burials there include several of Albany's earliest mayors, an Oneida sachem, and an African-American veteran of the Revolutionary War.

Located deep within the Cemetery just beyond the western end of the Middle Ridge, The Church Grounds can be easily missed since, from a distance, it looks like an empty field. But it is well worth a visit and appears on Cemetery maps as Section 49. 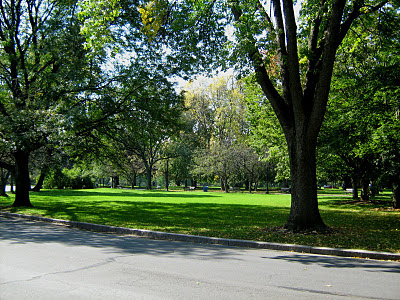 Above: Modern Washington Park near the old location of the State Street Burying Grounds.
Posted by Paula Lemire at 11:20 AM 6 comments: