After years of controversy and decay, the Wellington Row on State Street has been undergoing massive changes in recent months as the structures are torn down - except for the facades which will be saved and incorporated into new construction on the site.

In the midst of the ongoing demolition and stabilization work, some fascinating colonial-era relics have been uncovered...

This is one story I will definitely be following very closely as so much of Albany's colonial past has been lost under centuries of newer construction.
Posted by Paula Lemire at 11:12 AM No comments:

In the 18th and 19th centuries, a popular Albany custom was the New Year's Day social calls. The lady of the house would remain at home and open her door to callers in honor of the day. A remnant of this custom lingers in the New Year's Day open house at the Governor's Mansion on Eagle Street.

If you would like to register for the event, please see the link below:

You must register by December 27 and, if they receive too many applications, names will be drawn by lottery.

It's a terrific chance to look inside one of Albany's most famous residences.
Posted by Paula Lemire at 4:39 PM 2 comments:

http://www.timesunion.com/AspStories/story.asp?storyID=880440&TextPage=2
Posted by Paula Lemire at 11:55 AM No comments:

A new book and another blog to watch

In recent months, the Times Union has been compiling "The Story of Albany" - a variety of on-line anecdotes and memories of life in the Capital City.

Those stories are now available in book form:

Also, another blog to follow from the Director of the Albany Institute of History & Art, Christine Mills.

http://blog.timesunion.com/miles/
Posted by Paula Lemire at 10:51 AM No comments:

Links To Look At

Today's All Over Albany post has some excellent recommendations for local history books. Having read quite a few of these myself, I heartily second their suggestions.

Posted by Paula Lemire at 10:38 AM No comments:

Today's Times Union has a story about a Western Avenue house that has often caught my eye. It's a place I've noticed almost every time I've traveled past it on my way to Starbucks or Stuyvesant Plaza. And the sort of house I've always want to peek inside.

Years ago, I was told that this house of light gold brick was built before the American Revolution and that it was, at some point, frequented by British Redcoats. I assumed this was not an accurate story since nothing I'd ever read about Albany during the Revolution ever mentioned any sites out in the then-remote sandy areas west of the city.

Later, I learned this was the home of Jesse Buel, the founder of Albany's Argus newspaper (Click here for my early post on the Argus building at Albany Photo Daily) and it was built - not in 1700s as I'd first been told - but in the 1820s...around the same time the nation's first chartered railroad began its runs to Schenectady only blocks to east.

According to the TU article, the property is currently owned by the Society of the Sacred Heart which had initially planned to use it as a residence for elderly nuns. The plan did not come to fruition and the house is now for sale.

And, according to the article, the house needs quite a bit of work to both repair and update it. As someone who was raised and still lives in a mid-19th century rowhouse, I know the advantages and disadvantages of old homes. Still, it's the sort of project I'd love to undertake...if I could afford to.
Posted by Paula Lemire at 1:52 PM 1 comment:

This weekend, you can take a fascinating look inside over a dozen holiday decorated homes, along with the newly renovated Pine Hills branch of the Albany Public Library and the Arts & Humanties building at the College of Saint Rose as a part of the annual Holiday House Tour organized by the Historic Albany Foundation.

For more information on this year's tour and the Foundation, please take a look at Susan Holland's blog hosted by the Times Union.

Ms. Holland is the Executive Director of Historic Albany and, while she doesn't blog often, her posts are a must-read for anyone interested in local historic preservation issues.

If you know of any upcoming history related events and would like to have them posted here, please contact me at paula.lemire@yahoo.com
Posted by Paula Lemire at 4:59 PM No comments: 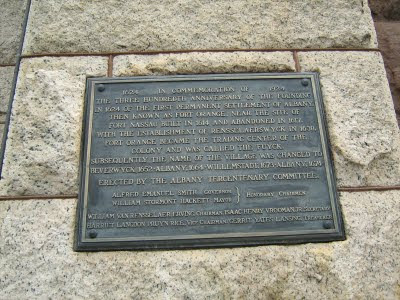 December 4 - As part of Albany’s 1st Friday, the Albany Institute of History and Art will host a book signing for the Historic Albany Foundation and Mount Ida Press’ new book, Architects in Albany. The book includes biographies of over thirty architects who had an impact on the City of Albany over the years. A number of the authors who contributed to the book will be on hand for the signing which will start at 6:30 PM. For more information, please contact the Institute or Historic Albany.

If you know of any upcoming history related events and would like to have them posted here, please contact me at paula.lemire@yahoo.com
Posted by Paula Lemire at 10:44 AM No comments: 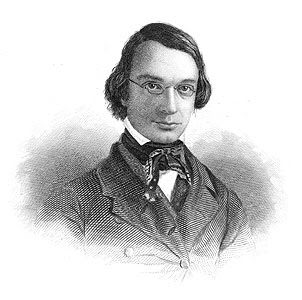 See also:  Alfred B. Street's poem for the dedication of the Albany Rural Cemetery
Posted by Paula Lemire at 10:40 AM 1 comment:

For much of 2009, Albany has celebrated the 400th anniversary of Henry Hudson's exploration of his namesake river. As the year draws to a close, I'd like to recommend two excellent exhibits at the area's leading museums. 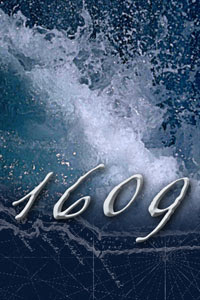 Ongoing through next March is the New York State Museum's 1609, an exhibit showcasing a number of rare artifacts including an 18th-century Dutch cannon, handwritten documents, Native American displays, antique furniture, and everyday objects from the region's early history. The Museum's site provides a virtual tour of the exhibit, but it is well worth seeing in person.

Not far away, the Albany Institute of History & Art is hosting the Hudson River Panorama, an extensive exhibit of art and historic objects - from paintings and sculptures by 19th century artists to cast iron stoves - highlighting four centuries of life in the Hudson Valley. This museum has long been one of my favorite places and this exhibit has been one of the best I've seen in recent years. The Panorama ends just after New Year's so you only have a few more weeks to see it.

Greetings and welcome to a new blog focusing on the long and varied history of Albany, New York. For the better part of a year, I've been keeping a blog of photos taken around this city - "from the random to the historic." And I've noticed that the historic posts have generated an excellent response from readers.

Don't worry...Albany (NY) Photo Daily isn't going away! But this new blog is a spin-off specifically focusing on Albany history. It will give me a chance to expand on some of the topics posted previously to the Photo Daily blog, as well as to post updates about historic-themed events, exhibits, and the like...and to occasionally highlight people and places from the surrounding area.

I also hope to interact more with people who share an interest in local history. I really enjoy the comments, e-mails, and other feedback I've been receiving so far and I hope to expand this project to include a message board and a web site to act as a central hub for all things relating to local history.