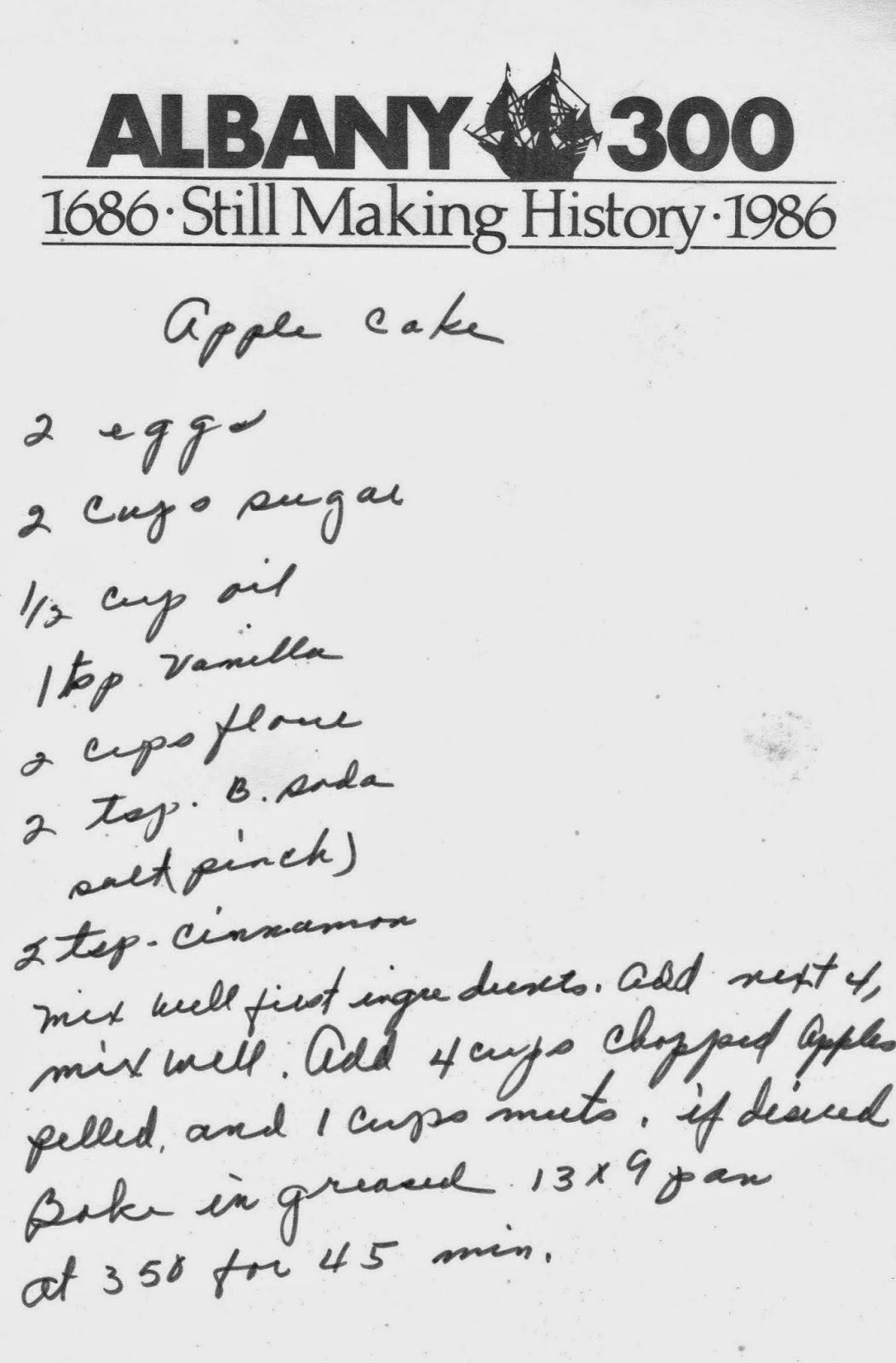 July 22 marks the 328th anniversary of the Dongan Charter, the document which established Albany as a city and which makes it among the oldest incorporated cities in the United States.  The event doesn't get much attention since the Tricentennial celebrations in 1986 (which themselves seem to have been less spectacular than the 1886 Bicentennial (see the picture of crowds at a night parade in this previous post and some of the Bicentennial tablets which were placed at significant locations around the city).

I spent much of the day thinking that it would be great if something could be done annually to celebrate the event, even if only on a small scale.

Yesterday, I picked up several vintage cookbooks.  Someone was putting moving out of a building in Center Square and set out a box of books.  I can never resist cookbooks so I came home with two.  Both were community cookbooks and the recipes in those can be hit or miss.  One was published by a church in Hagaman, New York and the other was published in conjunction with city Sesquicentennial in Indianapolis.
I didn't have a chance to peek inside either until this afternoon when the piece of paper shown above slipped from between the pages.  Not only does the apple cake recipe sound like its worth making (as soon as the weather cools enough to bake), but the recipe is handwritten on a piece of paper with a letterhead from the Tricentennial celebration.  Perfect timing!
Posted by Paula Lemire at 5:44 PM No comments:

The Meneely Bell in Lincoln Park 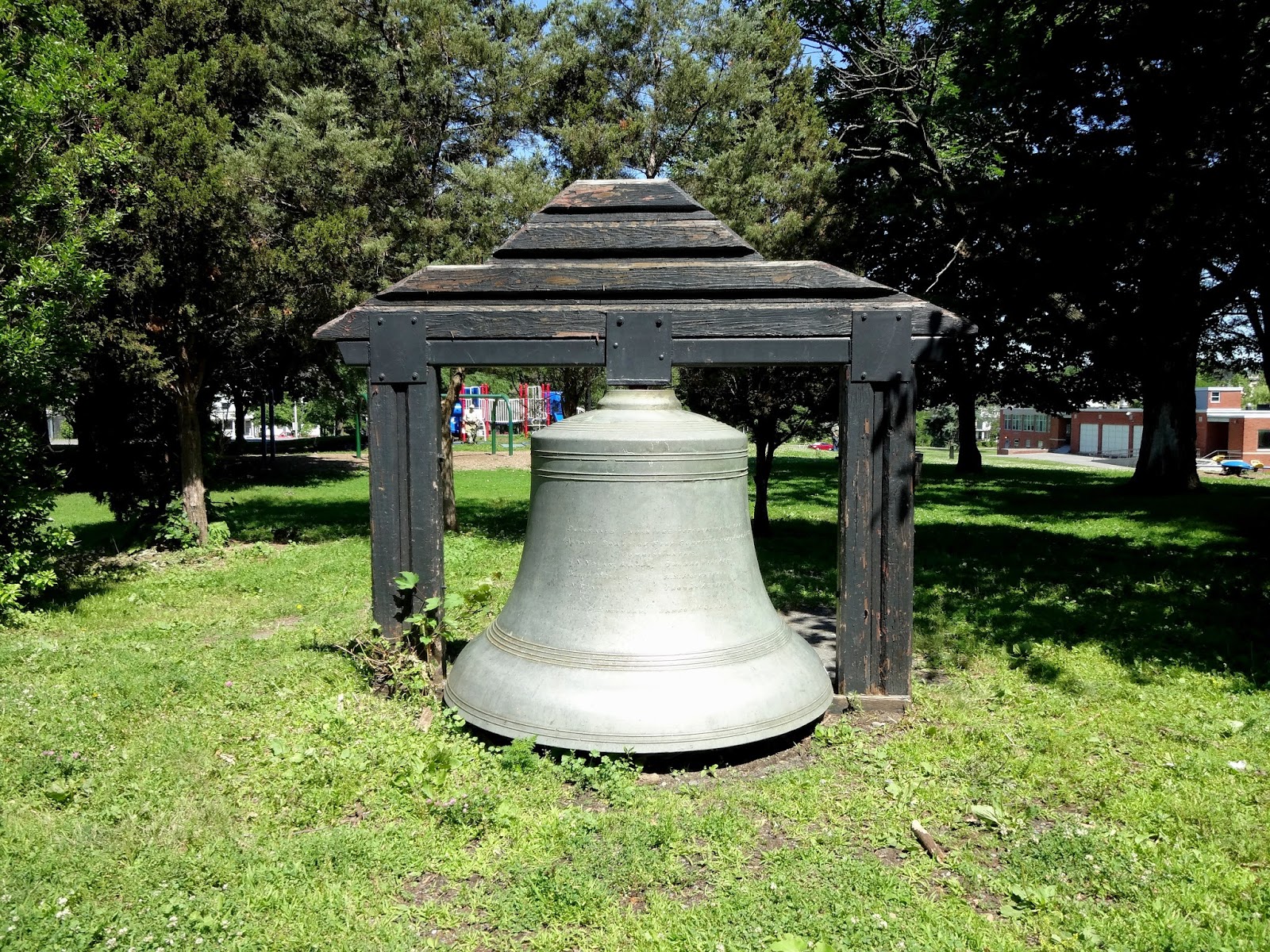 Just behind the Lincoln Park tennis courts and directly across from the old laboratory of Professor James Hall, there is a very large bell.  There is surprisingly little information on this bell, but the inscription on it gives a few clues as to its history.

The reverse of the bell notes that it was cast by the famous Meneely foundry.

According to the 1917 Albany Guide Book:

It may have been removed from City Hall when the carillon was installed in 1927.  By then, the need for a fire bell in the tower had lessened as a new fire telegraph station had been built on Delaware Avenue in 1917.  It's less clear exactly when the bell was moved to Lincoln Park.