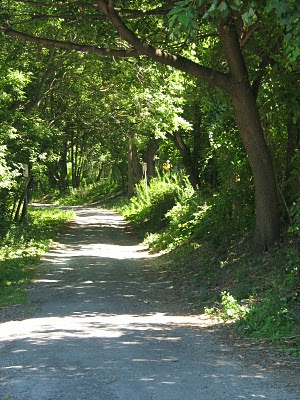 Presently, all that remains of this old road is the wooded lane running west from the parking lots at South Swan Street and along the edge of the Sheridan Hollow Park (also known as Bayhill Park).
Posted by Paula Lemire at 8:33 AM