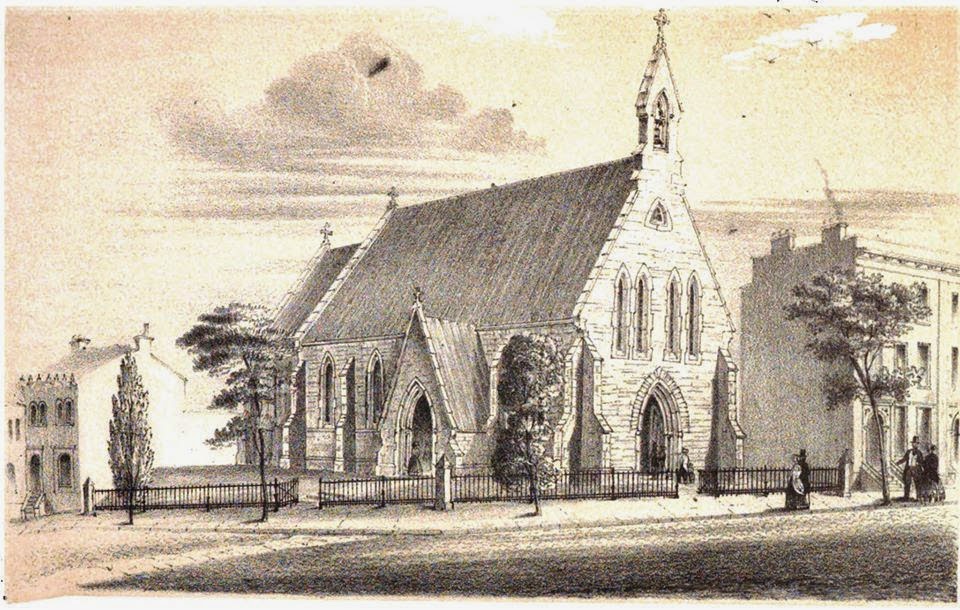 In 1850, Albany lumber baron William H. DeWitt built a memorial to four of his children who died quite young.  In addition to a splendid marble tombstone in the Albany Rural Cemetery, DeWitt also erected a little stone church in their memory; the Church of the Holy Innocents.

Built at the corner of North Pearl and Colonie Streets, it was a short walk from the DeWitt home to the church which was designed by Frank Wills.  In the 1860s, a matching chapel was added to the south side; this addition designed by Edward Ogden and William L. Woolett.

Holy Innocents served as an Episcopal church until the late 1940s.  Until 1980, it was home to a Russian Orthodox congregation (hence the distinctive blue "onion dome" which replaced the original steeple and bell around 1960.

Vacant since 1980 and currently owned by Hope House, this beautiful building has suffered greatly from neglect.  It is listed on the National Register of Historic Places and cited by the Historic Albany Foundation as one of the city's most endangered buildings, it is also one of the oldest church structures in Albany. 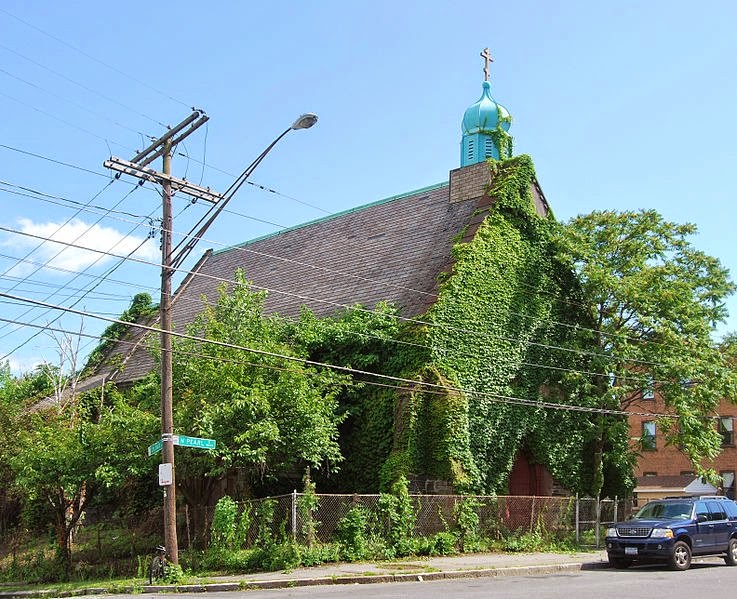 Yesterday, the rear wall of the church collapsed.  Despite the damage and the decades of neglect, Historic Albany Foundation states that the building can be stabilized and saved.

Albany is one of the oldest and most historic cities in the United States, but much of our tangible history has been lost to neglect and demolition.  Several years ago, the equally historic Trinity Church was demolished after part of the structure caved in.

Please, let's not lose the Church of The Holy Innocents, too.  Call the City of Albany and let them know this historic church must be stabilized and saved, not reduced to yet another empty lot and yet another empty hole in the city's cultural and historic fabric.


Photos are from the Albany...The Way It Was collection on Flickr