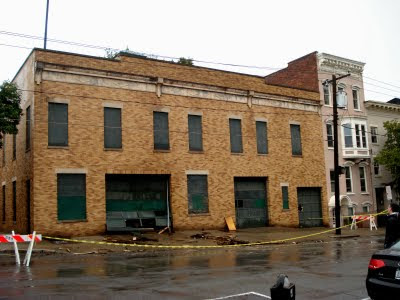 ETA: According to an updated story in the TU, the building will not be demolished and the owner is working with the city to stabilize the structure. The flagpole on the roof is being removed as a result of the roof collapse, but the tower near the rear of the building is said to be in no danger. The article also notes that the old fire house is actually several buildings combined within the yellow brick exterior. This can be see by the entrances on the Swan Street side; the smallest one was access for hose carts and the large for the horse-drawn (and later, motorized) fire trucks.
Posted by Paula Lemire at 11:37 AM