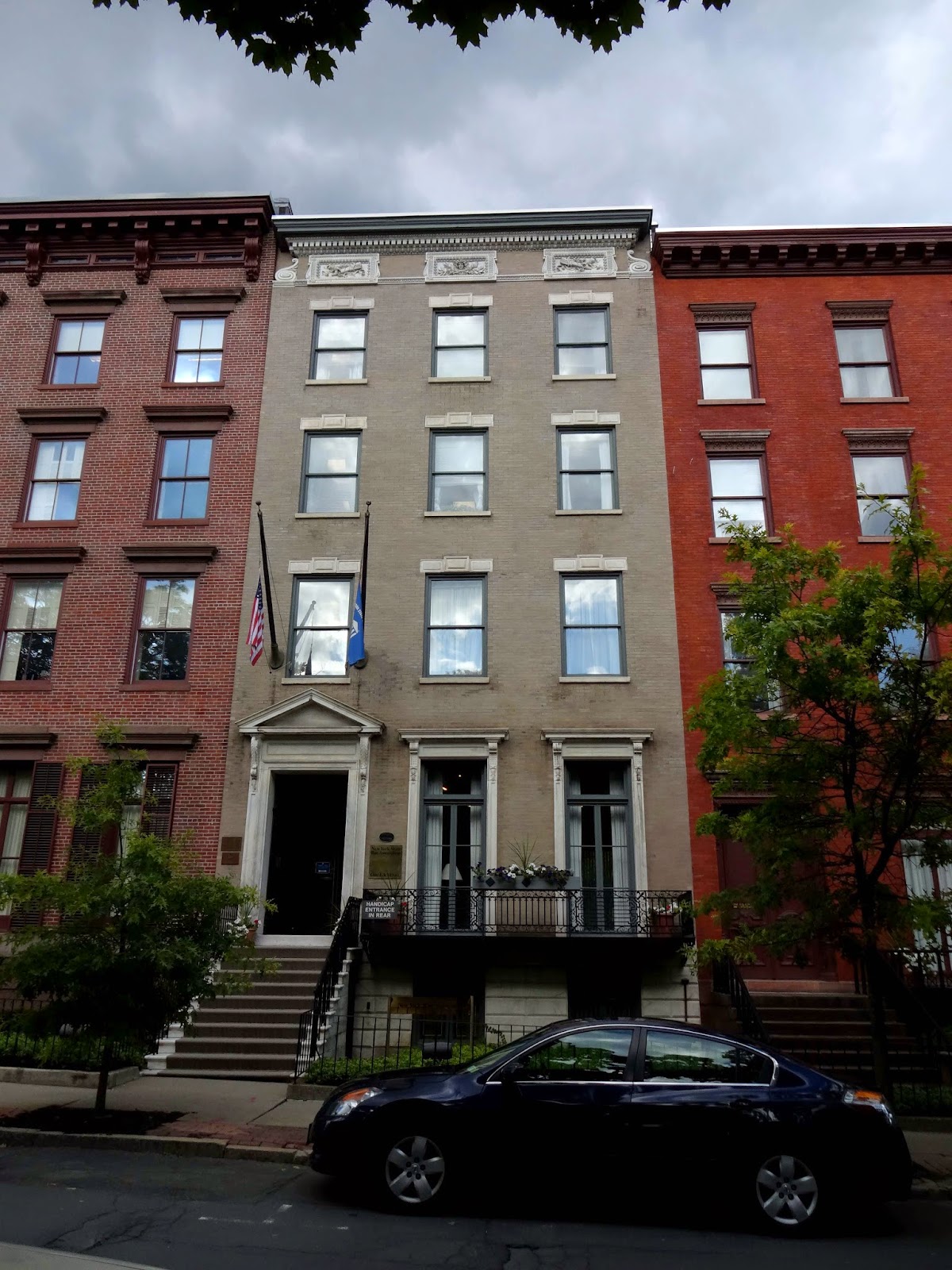 There's been some discussion of the Roosevelts in Albany, thanks to Ken Burns' new PBS documentary.

The elegant house above is 4 Elk Street which was home to Franklin Delano Roosevelt while serving as a State Senator from 1910-12.

The house was built circa 1830.  For many years, it was the home of Franklin Townsend .  In 1900, the facade was remodeled by architect Marcus T. Reynolds.  It was at this time that the lovely glazed panels were added above the third story windows;  the center panel depicts a classical female head above laurels and the side panels feature quivers of arrows and bows.

This is one of several facades that were incorporated into the present New York Bar Association Center building.
Posted by Paula Lemire at 5:57 PM